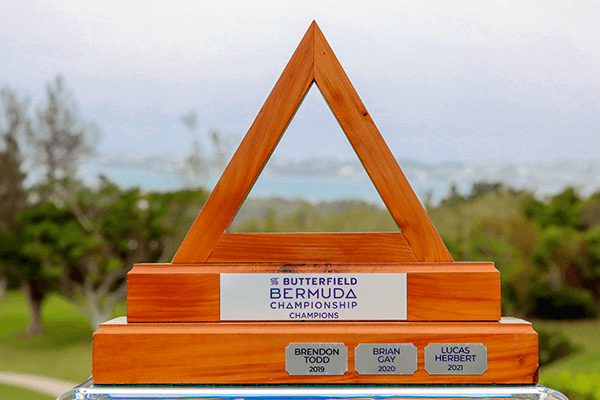 The Butterfield Bermuda Championship trophy is made from Bermuda cedar. There isn’t much that could be more Bermudian than Bermuda cedar. This sturdy, aromatic indigenous tree formed a cornerstone of early British settlement in the islands. When English settlers came to Bermuda in the 1600s they found cedar trees growing abundantly. Soon they put this majestic wood to use, building houses, ships, churches, furniture and even a cedar prison in St. George’s.

In 1944 Bermuda cedars suffered a tragedy when a form of fungus, attacked the trees. Ten years later, 90 percent of Bermuda cedars were gone. Reforestation took place over many years, but still today old, well-cured cedar logs are very rare.

To honour their special day Bermudian newlyweds plant a cedar tree as a symbol of their growing life together and often have a sapling on the top of their wedding cake.

The Butterfield Bermuda Championship trophy was made by carpenter Clarence Benjamin Lee. Now 73, Mr. Lee started working at Village Carpentry at the age of 15 as an apprentice and never left.

Village Carpentry was started by George Trott in 1935 and taken over by Jeremy Johnson in 1980. Although they have made many special pieces for prominent Bermudians, none were as special as the pair of cedar chairs given to Prince Charles and Lady Diana as a gift from Bermuda celebrating their nuptials.

Mr. Lee was honoured to make the trophy for the Championship. 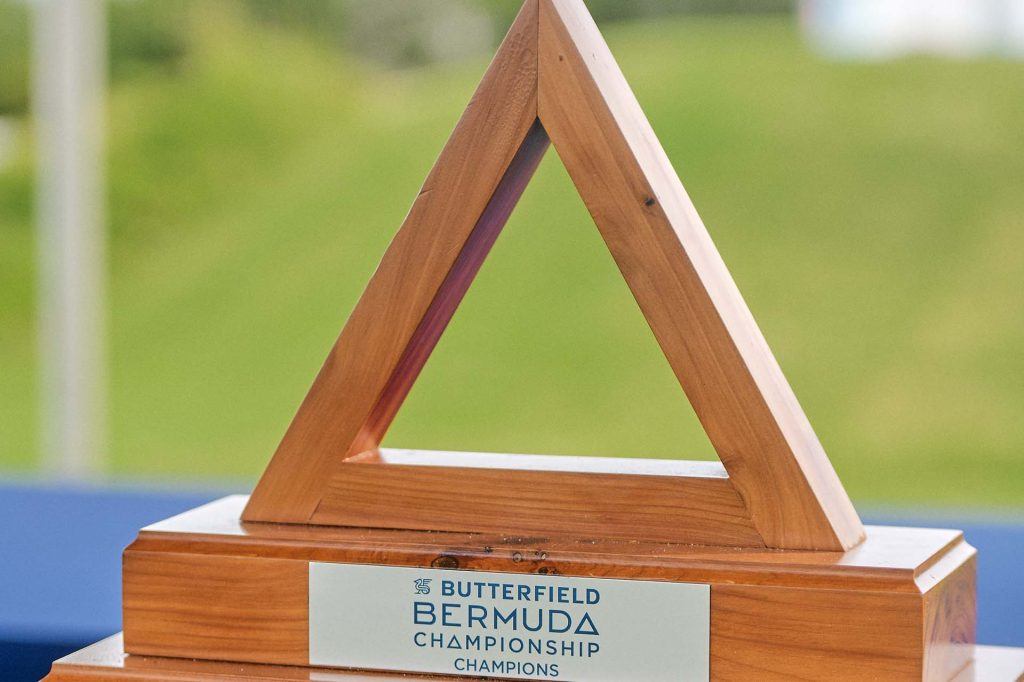